Terry R. Modesitt, a Terre Haute South Vigo graduate, earned his B.S. in 1979 at Indiana State University and attended Indiana University Law School-Indianapolis until his graduation in 1982. He is a life-long resident of Terre Haute.

Terry is president and owner of Modesitt Law Firm, P.C. His private practice has been general practice with emphasis on Personal Injury, Litigation, Bankruptcy, Divorce, Family Law and Medicaid Planning. He also currently serves in his elected role as Vigo County Prosecutor – a position he has held since 2007. In addition to his distinguished legal career, Terry has been very active in Youth for Christ, Crisis Pregnancy Center, New Life Fellowship Church, Glenn Civic Center, Triad, Senior Education Ministries, as well as other local charities and not-for-profit organizations.

Terry has also volunteered his time and coaching skills to North Central High School, Terre Haute Youth Football League, Terre Haute Boys Club, Dixie Bee Baseball and Terre Haute Babe Ruth. Terry currently serves on the Advisory Board of Juvenile Justice Commission to the Governor, as well as the Board of Directors for Freebirds; and Senior Education Ministries, Inc.

For more than 30 years, Terry Modesitt has been protecting the legal rights of people all over the Wabash Valley. Terry is compassionate and understanding of your needs but is an aggressive proponent of your legal rights during negotiations. The Modesitt Law Firm has earned numerous multi-million dollar verdicts and settlements.

From settling difficult family matters to winning personal injury judgements from multinational corporations and product manufacturers, Terry approaches each and every case with honesty, professionalism and commitment. Many lawyers practice law for a lifetime but never set foot in a courtroom. Terry has testified before Indiana Legislative Committees about changes in Indiana law. Terry has earned a respected reputation for both winning cases in court and negotiating out-of-court settlements.

Terry taught law classes at Indiana State University for three years. Terry’s hobbies include basketball and softball; he is an avid IU basketball fan. He is married to Karen Kiser Modesitt of Terre Haute, and has two sons, Jared and Joel.

Dan Flanegan is a product obsessed entrepreneur, advisor & investor who likes to focus on Digital Health, Social, AI, VR/AR & Travel. He is also the co-founder and CEO of Butter, a mobile social app for making new friends anywhere on earth! Butter users have generated over a billion mobile page views and counting!

Dan is also the co-founder of SHEnetics, a cloud-based natural language platform that helps you transform any device into a smart AI voice UI based assistant – currently making iOT devices easier to use, voip phones smarter and robots conversational.

Dan co-founded and served as CEO of Soapbox Mobile, a mobile marketing platform provider. As CEO was responsible for the company’s vision and mission of helping companies improve customer engagement through mobile. Instrumental in creating a next generation mobile marketing and CRM platform that has powered the mobile campaigns of numerous brands including Levis, Guinness, Vans Warped Tour, Procter & Gamble, W Hotels, General Motors and many others. Soapbox was acquired in 2007.

Mr. Flanegan has been a featured speaker at The UC Irvine Graduate Computer Science Program, The Rady School of Management at UCSD, The MIT Enterprise Forum and Dow Jones VentureWire.

Duncan was born in London, but spent much of his childhood in Asia, following his parent’s diplomatic postings until starting boarding school in the United Kingdom. He attended Wellington College and then pursued his love of surfing and the ocean by studying Marine Biology with Oceanography at the University of Southampton. He started his first company in London, and then left to pursue an MBA in California where now currently resides with his wife and dog.

He is a veteran entrepreneur. After completion of his MBA he co-founded Soapbox Mobile, a leading mobile marketing company; raising 10 million dollars in the process. He grew the Company’s client roster to include Procter & Gamble, House of Blues, General Motors, Harrah’s Casino, Amp’d Mobile, and the Vans Warped Tour amongst many others. He sold Soapbox in 2007 to Single Touch Systems (OTC: SITO), where he served as SVP.

He then co-founded Butter and served as its first CEO. It is a mobile-first, social network targeted at Millennials. He scaled the user base to over one and a half million users with zero paid installs or marketing, and built relationships with Microsoft, Nokia, and various advertisers along the way. This experience has led to a unique insight into millennial behavior and how to virally grow mobile applications. The product continues to grow and there have been over half a billion photos added to date.

He is currently a co-founder and CEO at My Total Health, a digital health tech company that was founded to enable patients to monitor, manage, and understand their symptoms for a range of conditions. MyGiHealth (go.mygihealth.io) is the first of a pipeline of novel health applications created by the team.

He is thrilled to be joining the board at DHA Gastro and working with Dr. Sharma to grow his practice. 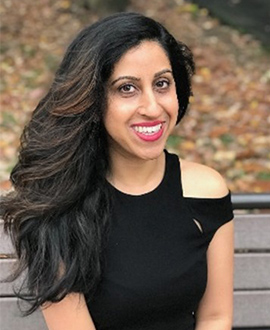 Dr. Gambhir completed her Masters at Loyola Law School in Chicago-focusing on health law. Held the position of Director of Education for District of Colombia Health Information Management Association (DCHIMA). In addition, Dr. Gambhir is an editorial board member panel for AHIMA Perspectives and is a Board Member for Purdue University Global Health Sciences Program. Also, serves as an advisor to Washington DC ArchAngels. Furthermore, has received her doctorate degree in Educational Leadership from Liberty University.